ACTION MAGAZINE • ISSUE 358
Read how Dianetics is making positive changes in people’s lives
From what I had read in So I decided to have Dianetics auditing for it. It went quite well and I left feeling very alive. The win started immediately, and within about four weeks after the auditing the foot ulcer that had persisted for about six months prior was completely closed up. That was the physical win. But the spiritual win was the experience of the truth that something could be done about it. It was a supreme validation of my viewpoint. Auditing was indeed the right thing to do. —John D
My mom came home with the How to Use Dianetics DVD. We watched the first section, and I was riveted. I have had nightmares since I was two or three years old. They were very traumatizing and I would often wake up in terror, my heart racing, shivering and I would be crying in pain. It felt like there was something in my chest. I’ve also had bad asthma since I was born and have never been able to take a deep breath without strain. Watching the video, I remembered an incident and started feeling its effects, so my mom started a Dianetics session with me immediately. I started giving her the exact data of the incident. Then, I started shivering, just like in my nightmares, and said over and over “I can’t breathe.” After some time I recalled an injury I had received to my chest and opened my eyes to look at my mom and said, “Mom, that’s why I have asthma!” I started laughing and crying at the same time for twenty minutes straight! Then, as I calmed down, I carefully took a deep breath, and I realized that my asthma was gone! I started laughing and crying all over again. Now, with that one session, I can sleep soundly, without the horrible nightmares, for the first time in my whole life. —Gabe R
I read the One particular improvement is my breathing. It is clearer than when I first arrived and I can breathe better. This is a profound change, as I have asthma. I can talk about incidents regarding my mother and no longer feel burdened by the pain that once held me. I can now love my mother without carrying her burden. I have a new understanding of myself spiritually. —Marian M

What is Dianetics?
The painful experiences of our past clearly have an effect upon our present behavior. But to what degree, and why? 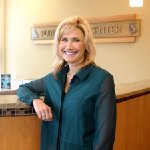 PURIFICATION PROGRAM “I know I can move ahead in life with such clarity and determinism...
see more successes ▶

Indisputably the most widely read and influential book ever written about the human mind, Dianetics fully describes the Reactive Mind, the previously unknown source of nightmares, unreasonable fears, upsets and insecurities, and how to get rid of it.